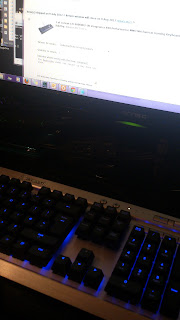 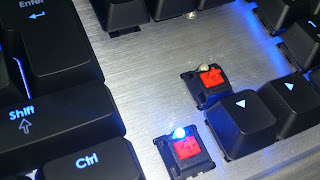 Update.
I checked on-line and yes, there is a replacement due to arrive tomorrow. However on plugging the keyboard in again, the light started to work. Oh no! A restocking fee and postage cost will now be charged. However a few minutes later, it started to flicker, I started to make a video, and eventually it died again. Phew.
Posted by Furbian at 19:43